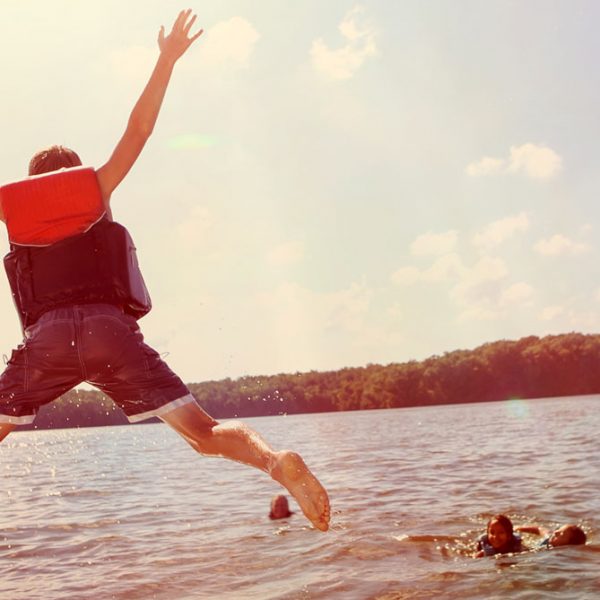 WHY WE NEED TO STOP PLAYING IT SAFE

“I have spent my whole life scared, frightened of things that could happen, might happen, might not happen.” Walter White, the world’s most famous meth chef, makes a strong and poignant statement. Although his area of work isn’t completely aligned with ours, his philosophy is fairly commonplace in the marketing industry.

In a society that encourages innovation and creativity – where disruptive companies are constantly redefining traditional practices – it seems ironic that so many big businesses are still playing it safe when it comes to digital marketing.

Why are people scared to put out work that doesn’t always play by the rules? Good work that sticks to brand guidelines but spices up traditional formats and surprises audiences with clever copy and impressive visuals?

Is it representative of corporate Australia’s unwillingness to innovate, or is it a product of our culture? We’re infamous for our tall poppy syndrome, so maybe it’s simply a reflection of our society.

Why are people scared to put out work that doesn’t always play by the rules?

I’m a natural risk-taker and it pains me to say this, but there are benefits to playing it safe. Australia is frequently called a nanny state, and adhering to mandatories and restrictions is part of our culture.

Don’t get me wrong: there is creativity, but generally it’s confined within an invisible box. It’s restrained by rules and regulations from the product, brand, legal and compliance teams, largely thanks to a wider blame/sue culture where everyone is out to point fingers – especially when it involves a big corporate brand.

But this doesn’t mean marketers should abandon all imagination. You can still be creatively different and stick to guidelines while letting your brand flourish in a new, more exciting space.

Take Air New Zealand, for example. Their inflight safety videos have gone viral thanks to savvy storylines and epic plots. Everybody loves a bit of Men in Black and The Hobbit pre-flight entertainment.

Day One Stories by American insurance company, Prudential, shares real-life tales of people on their first day of retirement. Their videos capture attention with exquisite visuals and emotional material. This commendable storytelling initiative is a powerful, personal and refreshing take on how to prepare for this significant life transition.

Even some of our home-grown work pushes the boundaries. All the way back in 2002, NSW’s  ‘Don’t be a Tosser’ campaign received widespread local and international acclaim for its daring and provocative message, promoting a healthy, clean, litter-free environment. Despite not pairing good citizenship with good manners, the powerful pun showed that clever wording goes a long way.

And who hasn’t had the ‘Dumb ways to die’ song stuck in their head?  The Melbourne Metro Trains’ famous video featured a catchy melody and cute animated creatures kicking the bucket in really stupid ways. Both the original video and the sequels are examples of original and distinctive ways of promoting rail safety awareness. Genius.

Yes, Australia pushes the creative envelope in some respects, yet there’s still reticence towards innovation and originality from many of the big brands.

However, showing a bit of personality within genuinely useful content can deepen brands’ relationships with their audiences.

Isn’t it time to take that first step?

As Walter White said, “What I came to realise is that fear, that’s the worst of it. That’s the real enemy. So, get up, get out in the real world and you kick that bastard as hard you can right in the teeth.”

Strategy
The ins and outs of integrated digital marketing

Strategy
5 Stats about digital financial marketing you need to know
NEWSLETTER
Get on the list
Subscribe to receive the latest content marketing news and insights straight to your inbox.