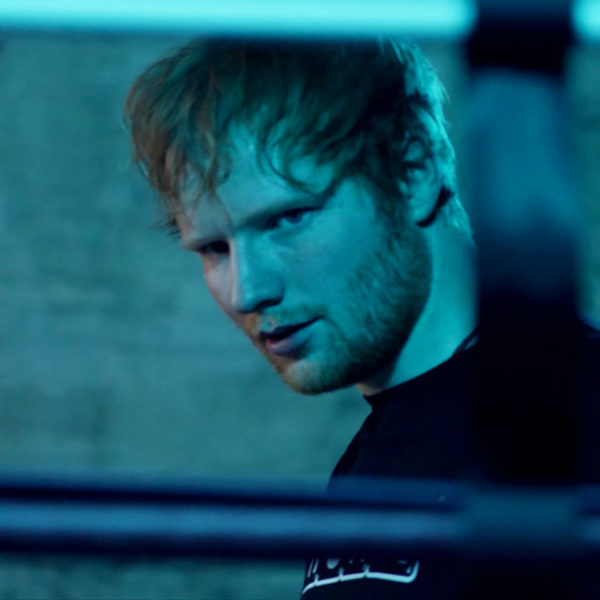 YouTube: What Ed Sheeran can teach you about video

Ed Sheeran’s video for ‘Shape of You’ has been viewed more than 3.5 billion times. So has ‘See You Again’ from Wiz Khalifa ft. Charlie Puth, which was the theme song for the Furious 7 movie.

Beating them both to the number one most-viewed spot on YouTube is ‘Despacito’, from Luis Fonsi ft. Daddy Yankee with 5.13bn views, and counting.

In the list of 10 most-watched videos of all time on YouTube, there’s only one that isn’t a music video.

What could celebrity and finance YouTube videos possibly have in common?

The appeal of these videos clearly borrows from the popularity of the songs (all have been massive mainstream hits) and from the celebrity of the artists.

Plus the creative concepts explored in the videos generally give the songs added dimension, supporting the power of the music with memorable imagery and choreography, usually achieved through decent budgets, let’s face it. It’s on-brand and the audience gets what they expect.

So, the million-dollar question: what if your CEO isn’t a celeb, you don’t have a glamorous brand, and there are no dance moves that go with your product – let alone the hundred thousand dollars budget?

With finance-related videos often struggling to get traction on YouTube, it doesn’t hurt to get back to basics. Here we dissect some music-video eye candy and remind ourselves of the hallmarks of marketing with content.

Justin Bieber isn’t even in his video for ‘Sorry’, and still, it’s had 2.9 billion views. He and his marketing team obviously believed that a group of hip hop dancers from New Zealand led by a world-class choreographer would communicate the right message at that time.

So if one of the most visible symbols of the YouTube generation doesn’t feel the need to insert his face into his video, maybe it’s a sign that you don’t need to push your brand (or your boss’s face) so hard in yours?

Maybe the visual appeal, the street cred and the creative idea should be the focus.

2. Don’t take yourself too seriously

When South Korean artist PSY wrote ‘Gangnam Style’, the idea was to take the mickey out of his own pretentious home district of Gangnam, described as the Beverley Hills of Seoul. With its silly horse-riding dance moves and aggressive day-glo costumery, the video became the first to reach 1 billion views on YouTube in December 2012.

While it might not be advisable for a big brand to partake in silly dance moves or pillory a section of its audience, maybe taking the mickey out of itself or its industry, to a degree, could be a winning move.

Tap into your audience sentiment and reflect it back to them, is the message here.

3. Delight your audience for real

At the start of the Maroon 5 video for ‘Sugar’, singer Adam Levine explains the video’s conceit: the band is driving across LA to gate-crash as many weddings as possible in one day and surprise the brides and grooms by performing live at the reception.

As at the time of writing, the video’s had almost 2.6 billion views. That’s a lot of people drawn into what is the definition of “surprise and delight” – just look at the excitement on the faces of the newly betrothed couples as the band is revealed.

If you can set up the right scenarios and capture authentic, joyous emotion like this, you’re onto a winner.

*As a footnote: it’s since been discovered that some of the brides, grooms and guests in the video are actors. At least two of the weddings were real though.

4. Speak in their language

YouTube is a global phenomenon. That’s why the video with the most views since YouTube’s inception isn’t in English. ‘Despacito’ by Luis Fonsi ft. Daddy Yankee, is sung in Spanish. Number 10 on the list is Spanish-language too – ‘Bailando’ by Enrique Iglesias with Descemer Bueno and Gente De Zona.

Yes, you need to literally speak in the language of your audience. We’re talking about accessibility, and knowing your audience segments.

And figuratively, you need to communicate in the language of your audience as well. No video should ever feel like a brochure – it shouldn’t be couched in the self-serving language of your industry. Find ways to meet regulatory and compliance requirements without strangling the capacity of the message to engage.

Looking at the artists in the top 10, you’ve got some of the current megastars of pop – from Taylor Swift to Mark Ronson / Bruno Mars. They’ve got so many fans, they’ve won so many awards, they’ve sold so many units: they’re like gods. But the videos don’t tell you that.

They don’t flash up their sales figures to their fans or tell them how many Insta followers they have. They don’t say how great they are, they show it. By dancing, singing, acting – or even showing off their abs, for the camera.

Keep your kit on, but it’s definitely time for more showing and less telling.